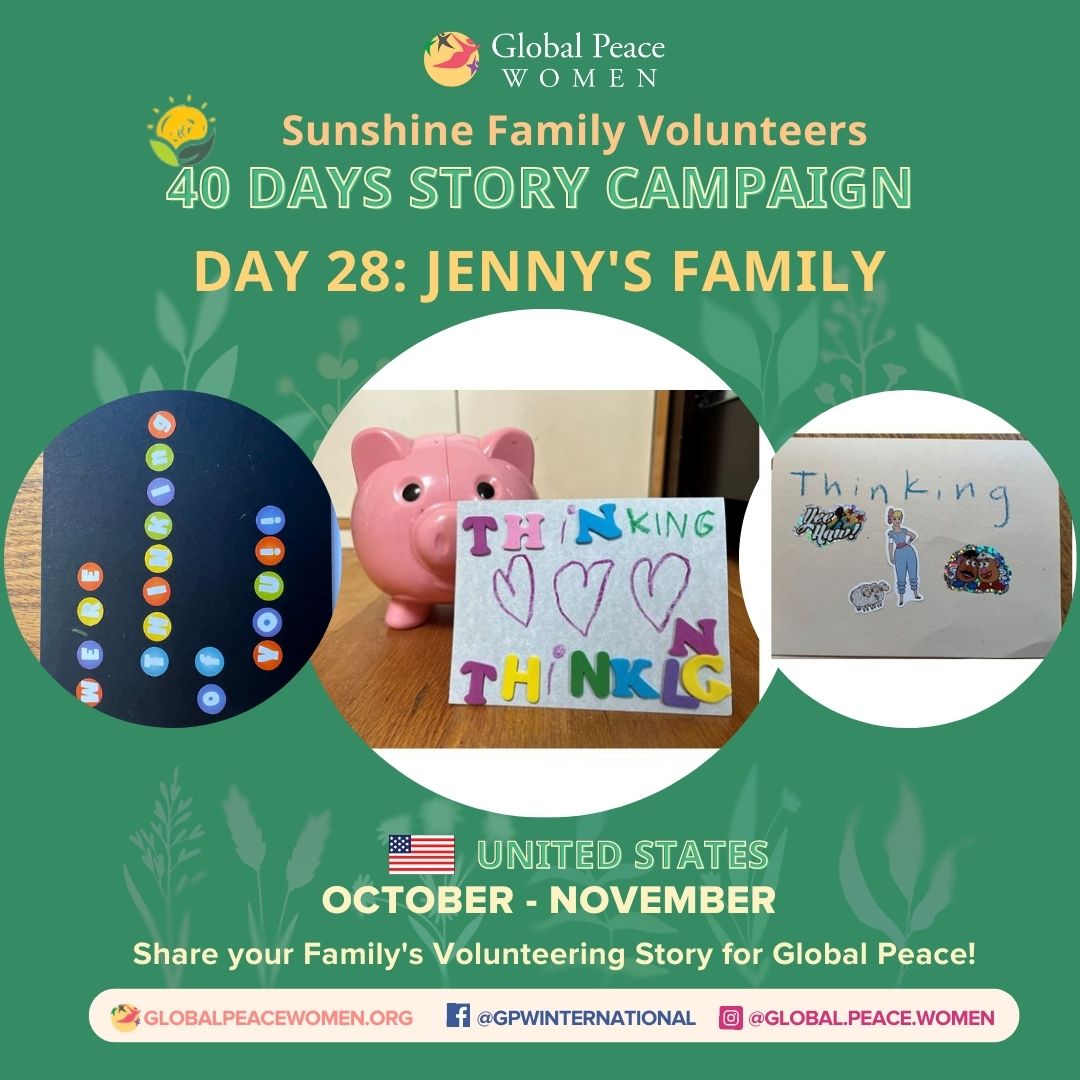 When Hurricane Ian struck in late September 2022, Jenny, a young girl from the United States was just about to celebrate her birthday. The day before, Jenny and her mother had discussed what she wanted to do for her birthday. She wanted to do something that would help children like her, but were in need. She learnt about children who were suffering because of Hurricane Ian in Florida in the United States.

She was particularly heartbroken to learn that children her age might have lost their stuffies. They discussed ways they could help, and decided to donate to the Red Cross, so that the children would get warm blankets, toothbrushes, food and hopefully new stuffies.

Jenny set out a pink piggy bank on the main refreshment table at her party. Every guest was requested to bring a donation to “feed the pig.”

Her mother took the opportunity to educate the children who attended her party about hurricanes. “What is a hurricane?” Mom asked the birthday kids. They crowded around the book to see photos of the swirling storm. The children flipped through the book, showing drowned houses, floating cars, and displaced families.

Hurricane Ian was a large and destructive Category 4 Atlantic hurricane that was the deadliest hurricane to strike the state of Florida since 1935.

After games with her guests, they all took some time to decorate some cards that had the message, “We are thinking of you”, that would accompany the donations. It was a wonderful party and everyone was happy to support Jenny with her project. A few days later, she was able to dispatch the cards and donations to the Red Cross to help the children in Florida.

Not all heroes wear capes. Some are just ordinary people who are doing the most to support others in times of need. What a show of humanity from Jenny, her family and friends! Her empathy and heart of compassion helped her to actualize her dream of helping children in need. At GPW, we are inspired by such acts of kindness and if you have such an inspiring Sunshine Family Volunteer story to share or your family wants to start such a project, email younshim.park@globalpeacewomen.org.