Camping and Cleaning with Brothers and Neighbours: Yuuki’s Story 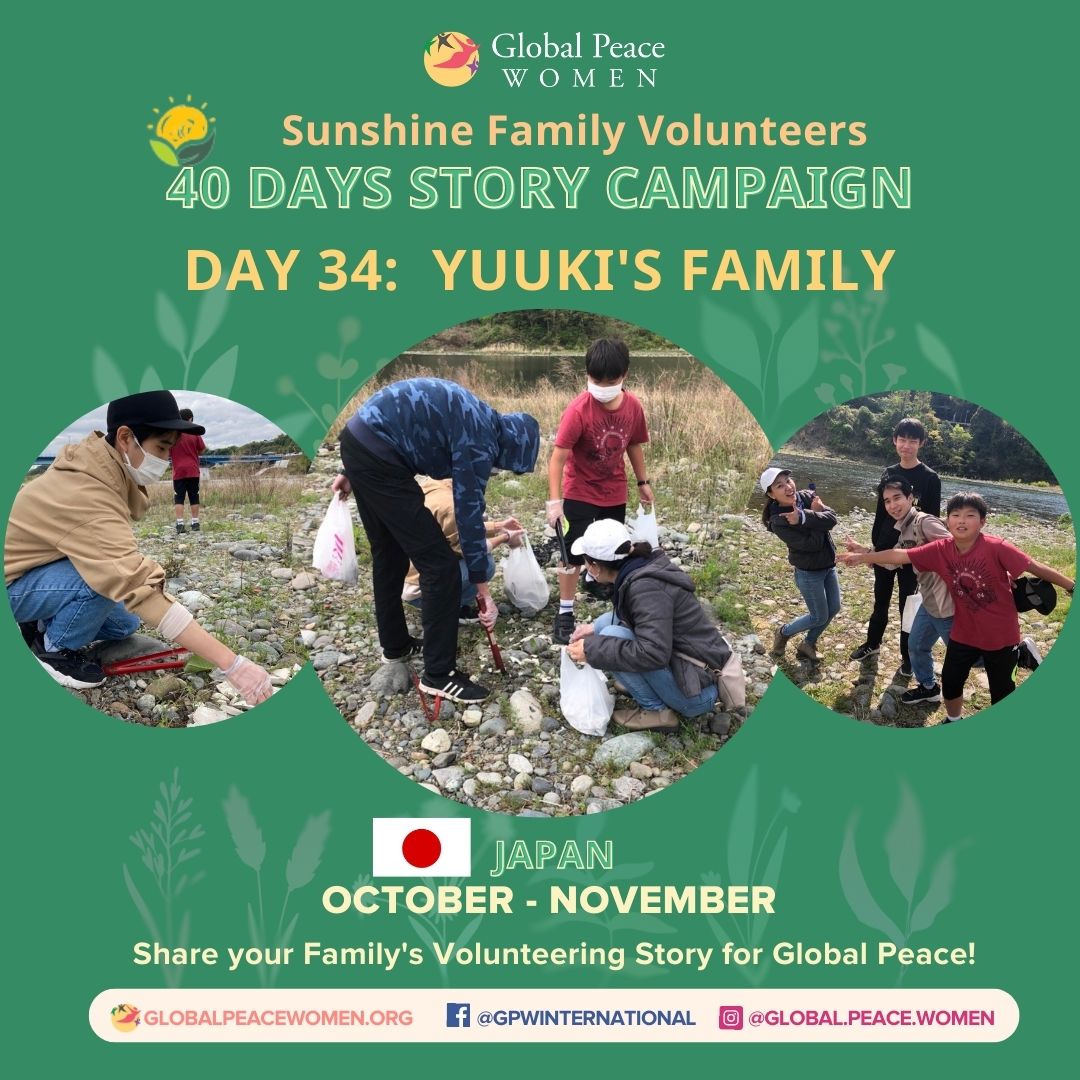 Yuuki is 10 years old and lives in Japan. While some people rarely care about how they dispose their trash, he recently took note of the garbage that has been piling up in his neighborhood.  So, he participated in a beach cleanup activity in his community.

“I had seen the problem about the garbage on TV programs and had wanted to participate in a cleanup volunteer program someday. The impression I got of my neighborhood garbage was that there was a lot of small trash as compared to big noticeable trash. However, when we started cleaning up, I found that the trash bags quickly filled up,” he said.

‘We talked about whether we had also been disposing off trash incorrectly in the past. We made a pact to intentionally throw trash away properly in the future. We also planned on how we would devise ways of living that would prevent trash from being thrown out. For example placing dustbins in strategic places in our community to ease accessibility,” he added.

In addition, the beach cleanup was really fun for the team!  Yuuki had time to work together with his brother and friends and enjoyed communicating with other volunteers through the cleanup.

“I didn’t quite understand the seriousness of the garbage problem until I participated in the volunteer activities,” he said.

However, upon sharing with other volunteers, he was able to learn more about the problem and steps that he could take to ensure that his environment was well cared for. He asked questions, thinking deeply about how to reduce the garbage problem. “What can we do to reduce trash?” “How can we reduce the amount of garbage?”.

“I was able to realize that volunteering is fun. I am glad that I participated as a volunteer as a step towards improving the natural environment. It was a good learning opportunity. I hope many people will participate in volunteer opportunities like this in their communities as well,” he added.

Indeed, volunteering provides you with not just an opportunity to do good and have fun while at it but also a sense of purpose and need to improve your community. We are inspired by Yuuki’s SFV story and if you have such a Sunshine Family Volunteer story to share or your family wants to start such a project, email younshim.park@globalpeacewomen.org.