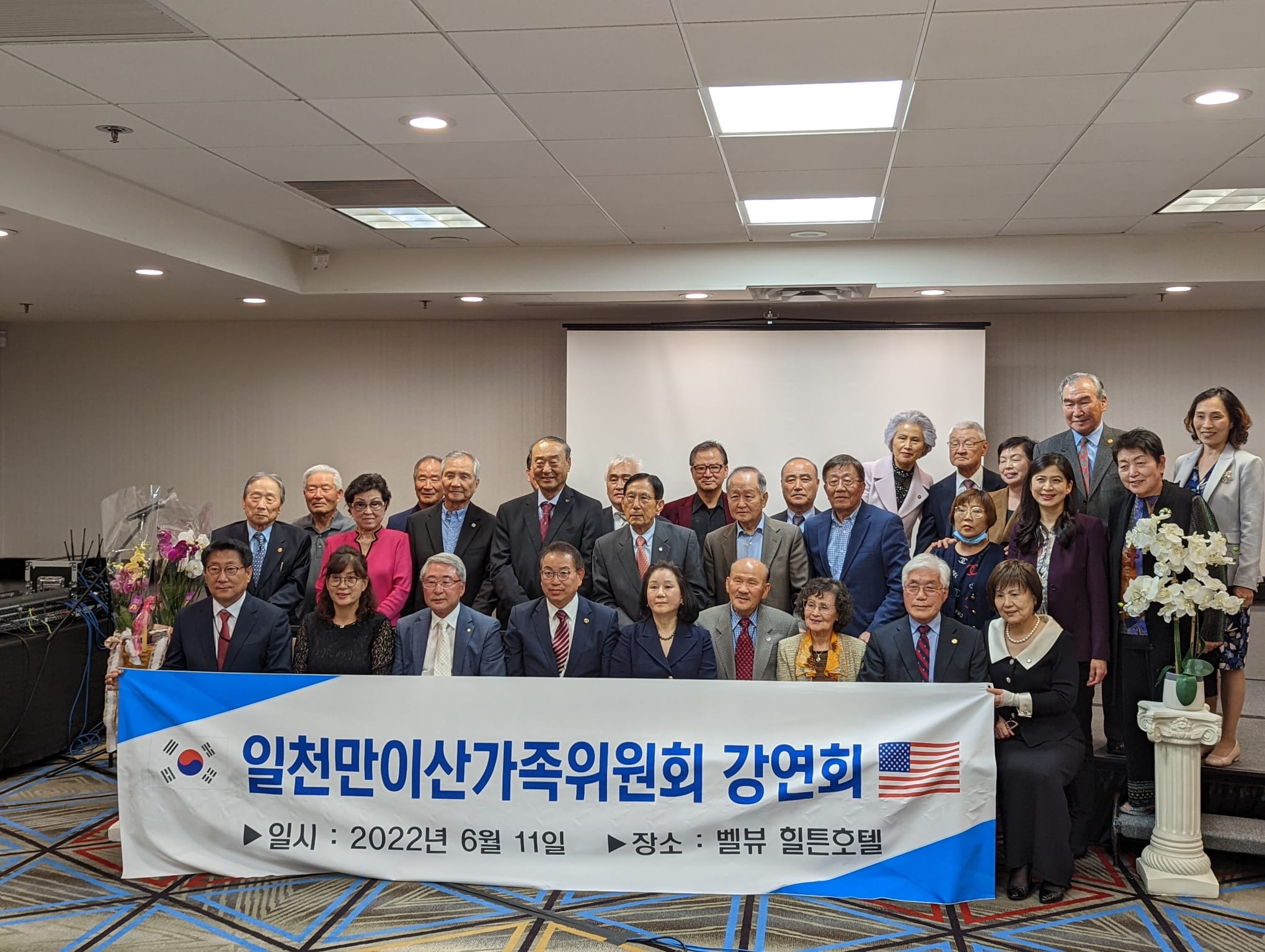 The 10 Million Divided Family Committee (일천만이산가족위원회) represents the wishes of families divided since the division of the Korean peninsula.  On June 11, Kim Soo-young was appointed Seattle chapter representative of the 10 Million Divided Family Committee. Seattle is the third chapter established in the United States following Los Angeles and Chicago. Jang Mansoo, chairman of the organization said, “The wish of these families is to visit their homeland before they die. We are actively pursuing their wish.”

Since the 80s, a number of reunions have been hosted between North and South Korea, but shaky relations have started and stopped efforts over the last two decades. In the United States, based on 2020 census results, a reported 100,000 Korean-Americas are members of divided families, yet only South Korean citizens are eligible to participate in reunions. They way for Korean-Americans to reunite with family members in the North is still closed.

Global Peace Women president, Dr. Soonok Kang, presented a way towards reunification and resolution. “It is clear, reunification is the solution,” she said. “But we need a clear vision. We have to ask, ‘What kind of country do you want to create that can benefit humanity?’” Korean Reunification, Dr. Kang explained, is an important part of the the larger dream of global peace.