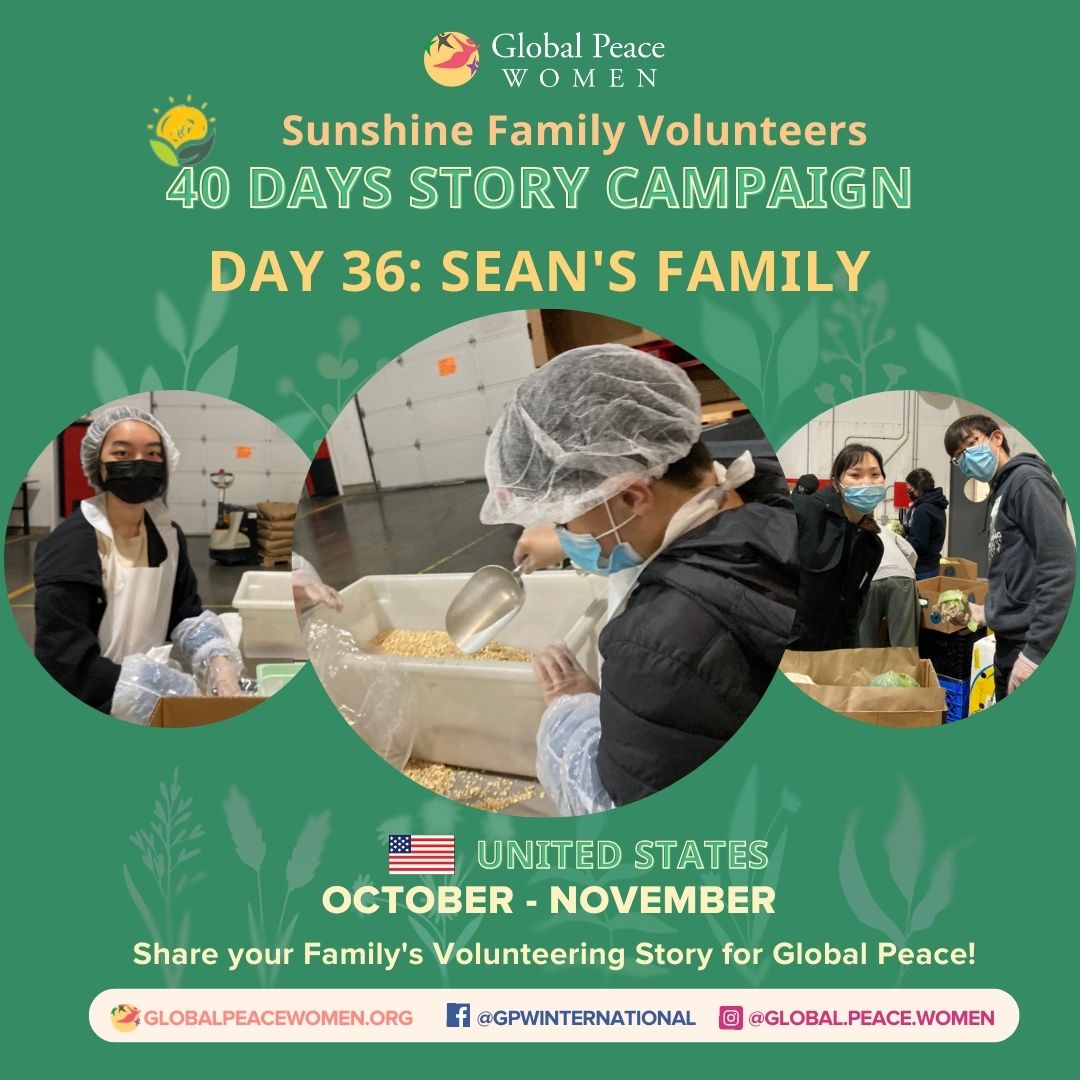 Hunger poses a threat to the world’s population and especially the most vulnerable persons in our societies. Food is a basic human need that nourishes our bodies. However, sometimes due to uncontrollable forces like inequalities, conflicts and pandemics like Covid-19, millions of people remain stuck in a vicious hunger cycle.

Seven families from the Seattle Family Peace Association: two mother and daughter pairs, one newly-wed honeymoon couple, a mother son pair and three pairs of siblings joined hands during their vacation to help end hunger in Washington state at Food Lifeline, a non-profit that rescues food to provide for families, elderly and children who are at risk of hunger.

The group had repackaged 48 cases of oatmeal, equivalent to 17723 servings.

Despite feeling tired and having sore feet at the end of the day, Sean reflected on the importance of a good attitude while serving others.

“Talking to each other and encouraging each other to keep on going on helped to spread a good spirit within the team,” he said.

His sister added, “Whenever I go to food lifeline I get inspired to do more.”

“Imagine, if enough people worked together, we could end hunger,” Sean said.

The newly-wed couple who had a fulfilling time on this one of a kind honeymoon  were inspired by how much everyone in the volunteers team was concerned about the well-being of for those in need. One of the mothers present also expressed her happiness in having had the opportunity to spend time with her daughter while serving together.

If you have a Sunshine Family Volunteer story to share or your family wants to start a project, email younshim.park@globalpeacewomen.org.