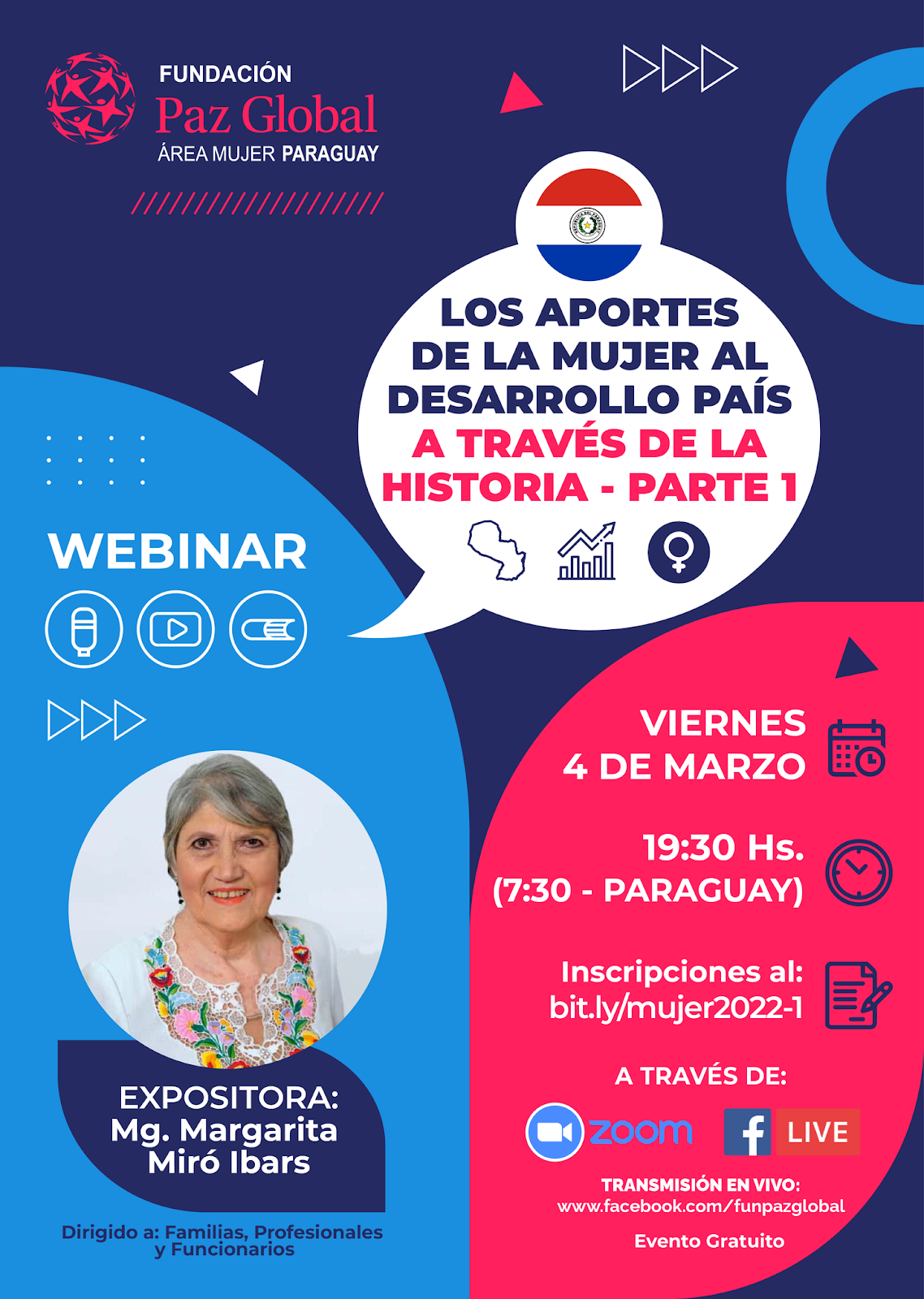 On March 4, 2022, GPW Paraguay with GPF Paraguay hosted a webinar, ‘The Role of Women in National Development’, highlighting the crucial roles of women in Paraguayan history. Margarito Miro Ibars, a member of the National Council of Higher Education and National Commission of Bilingualism, examined the significant roles that Paraguayan women played during pivotal moments in national history like the Chaco War and Triple Alliance War in 1932-35 and 1864 - 1870 respectively.

“Women took the role to take care of the fire and the seed,” said Ibars. Particularly after the wars, women were crucial in rebuilding and re-cultivating communities. After the Triple Alliance War, women were active in harvesting, storing, weaving, and manufacturing. In addition, they were essential in transmitting social knowledge to the next generation.

During and post-conflict, women faced many challenges. But, despite these difficulties, Ibars noted the efforts of extraordinary women, mothers, wives and daughters who “forged the new homeland.”  “Why we have this ability to multiply, to recreate, to invent things and in the face of difficulties?” asked Ibars, who has been intrigued by the strength, creativity and capacity of women throughout history in the face of such difficulty. She also touched on the expanding role of women, particularly since women gained the right to vote in 1961.

It is clear that women have played a significant role in peacebuilding, including their role in the family, education, community cohesion, agriculture and industry.  GPW Paraguay continues to support the advancement of service-minded women leadership and supporting families as the school of love and peace through its ongoing monthly workshops, social service efforts and community building efforts.

To know more about GPW and its chapter activities, please subscribe to our newsletter.